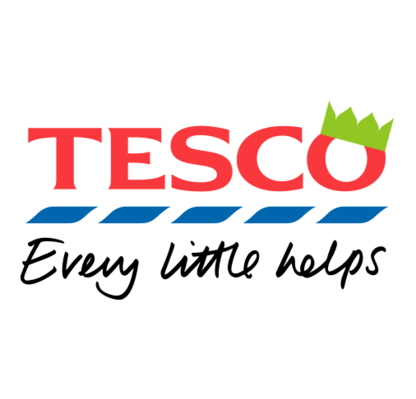 I apologise to all Tesco suppliers.  I think I may have made your Christmas really miserable.

Last year I wrote a book called 50 Shades of Shopping Un-gagged.  It was a light hearted look at some of the devious tactics that go on between manufacturers and retailers.

Unfortunately I think someone at Tesco`s may have read it.  Based on the stories, of how the retailer is trying to convince its suppliers to consolidate all their discounts and take them off invoice, it looks like they may be employing Cyclical Terms Realignment.

I have included a free excerpt below in the hope manufacturers will get the picture of what is potentially coming at them.  Hope it helps.

Excerpt from 50 Shades of Shopping Un-gagged by Mark Taylor.  All rights reserved. Copyright 2013.

The salesperson sat opposite the buyer.

Both were surrounded by an ocean of paper crowding in on their laptops.

It was the end of year consolidation of support payments and both of them had had enough.  The meeting had gone on for hours as the disputes over relatively small amounts of money were slowly resolved.

The buyer let out a long breath that carried both the smell of a dozen cups of coffee and the frustration he was feeling.

“There has to be a better way to go on than this, I can't see us doing as much business next year, you are just making it too hard” he said.

“Look, I feel exactly the same way but what else can we do?  The salesman replied.  “We need to track incentives and so far we have only had a few discrepancies”

The buyer let his head fall onto the paper pile closest to him with a solid thud and then proceeded to bang it gently into the desk as he spoke.  “I… bump  …get… bump …that… bump …but… bump …it… bump …is… bump …killing… bump …your… bump …chances… bump …of… bump …doing… bump …more… bump …business… bump.”  After the last solid connection he just left it on the table.

The salesperson stared at him as if he had completely lost the plot.

In his mind he had a vivid mental image of himself, helping the buyers head on its way onto the desk with a firmly placed swing of a cricket bat.  He shook himself out of his sociopathic fantasy.  “Ok but what is the option?  If we don't pay any incentives you'll give our competitors all of the space we have and our business will die”.

The buyer slowly lifted his head.  He was smiling.  If cats could smile they would have the same expression on their faces just as they are about to eat the family budgie.  “That`s a good question.  You know, I think I have an idea…”  He said licking his lips.

Between every manufacturer and retailer there is a set of trade terms under which products are supplied, and these cover many different elements.

In this chapter I just want to focus on pricing incentives that manufacturers offer and not the million other things they end up paying for.

When you walk into a supermarket and see a price ticket on the shelf you don't see the huge amount of mathematics, discussions, arguments and analytics that have gone into producing it.

Typically, terms can be made up of list price, invoice price, trade discounts, retrospective targets, growth targets, ranging incentives, distribution incentives, the list goes on and on.

Manufacturers use these to encourage retailers to increase the amount of products which are bought from them, and hopefully grow profits.  This isn't always the case though.

Over the course of many years annual terms negotiations, these incentives can get very complicated, especially when they differ from one range of products to the next.

So how do buyers use this complication to improve their bottom line?

Firstly they encourage manufacturers to add more and more incentives, ideally just to maintain the current range.  Yes this sounds crazy but in an aggressive market place it is easy to feel the pressure from competitors, and be persuaded that your current range is under threat.

For many buyers this is the easiest way to avoid an annual price increase.  They just allow a manufacturer to believe their existing range is under threat.

In that way salespeople often decide to delay an annual price increase or, better still for the retailer, not to increase prices at all as a sign of goodwill (of course on the understanding that the current range is maintained in full).

Basically the manufacturer negotiates with themselves.  It`s based completely on the little nagging voices in their head, planted by a few well timed comments from the buyer.

A buyer simply saying "We are under extreme pressure to remain competitive in this category next year" will often be met with a sales director panicking and falling straight into the trap by thinking "there is no way we can risk increasing prices this year".

If pressed, a buyer simply has to shrug their shoulders and say nothing to erode the corporate confidence of even the largest manufacturers.

The target for many buyers is to actually introduce more complexity into the terms and add in new discount structures.

After a couple of years of this the terms get so difficult to track that a simple solution is suggested by the buyer.  Consolidate all the old terms and make them off invoice discounts!

What this does is take away the requirement for a retailer to perform to receive its maximum discount.  Money for old rope I think this is what it`s called.

Buyers may say spurious comments like "it is impossible to see what your products earn in our business because we do not track all the discounts like you do" or "These discounts go into the marketing budget and do not directly show against your products at all".  Either way it looks like a great idea to get rid of all the separate performance related discounts and just reduce the price.

Alternatively they get rolled into one annual volume target (which is nearly as bad).

But what happens six months later when the buyer asks for a payment for bringing in a new product and wants a new volume discount?  The salesperson will get upset and say this money is already included in the net price but the buyer tells them the competition will pay for the space, so if they want the product listed they will have to pay too.  After all, that's only fair!

The discounts increase and then, in 18 months time, it gets complicated and here we go again.

We are on the big hamster wheel of terms negotiation.

Rule 2: Never introduce a discount, under any circumstances, that isn't conditional and doesn’t require the retailer to perform better.  Never.  Ever.  It's not a sign of good will, relationship building, or investing for the future.  It's a sign you have been had.  And yes, they will laugh their rear ends off at their team meeting.

I am sorry to be this harsh but it`s important to feel the pain.  If you realised how often buyers boast internally about the stunts they get away with, more salespeople would get indignant about how they were treated and push back.